I love road trips, especially road trips to places I can hike around.  One of the places I went quite often was to the Green River and Flaming Geyser Park. It is SE of Seattle, taking I – 5 south, to Hwy 18 going east, taking the Black Diamond Exit and following the signs to Flaming Geyser park.  The road winds past horse farms, and produce farms so it is quite picturesque.   The park is 480 acres,  day use, with more than 3 miles of shoreline.   People go there to walk, picnic and float down the river. I have been there during all seasons, walking through fall leaves, walking in the rain, and sunbathing in the rare sunny days. The park has a few “geysers” (methane leaks), and one of them used to spout a few feet high but now is only a few inches. 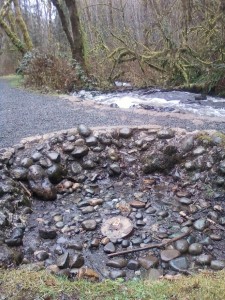 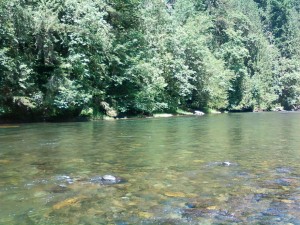 Another beautiful trip is to Lake Kachess. It is near the town of Cle Elum, off of I-90 East.  There is a river there, the lake, campgrounds, homes near by and places to walk. I went during the fall after the campground had closed and was the only one there. The fall colors were beautiful. I found some tracks and didn’t figure out what kind of animal they belonged to.

My Mom’s last visit to see my son and I in Seattle was for my birthday in 1999. She died that year in Oct.  She had wanted to go to Butchart gardens again as she had fond memories of it, but decided not to spend the money on the trip. (tip to ALL people…enjoy your money why you are ALIVE!).  So before leaving Seattle in 2012, I took myself up to see the gardens around my birthday time.  The Clipper takes travelers from Seattle to Victoria, BC for day trips as well as combining it with stays in local hotels.  I just went up for the day, taking the tour to the gardens and then leaving me some time to walk around Victoria.  While there, I signed the guest book with my Mom’s name so that she was able to have one more visit there.

Butchart Gardens were created by Robert and Jennie Butchart along with help from master gardeners.  Robert had purchased the land to create a quarry for gathering limestone for cement.  His wife decided to then create gardens on this land as the quarry was exhausted of it’s limestone. It grew from there. They built their factory and home on the land and even when the gardens went public, they continued to live there.  Throughout the years, dignitaries from around the world gave them plants to add to their collection. 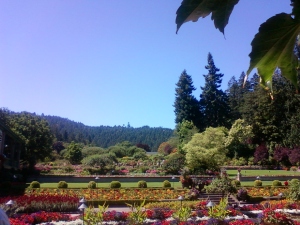 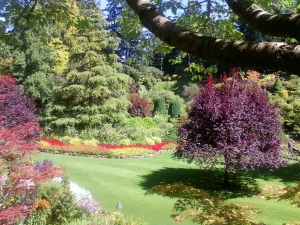 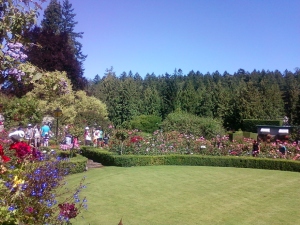 Long Beach, Washington is on a peninsula just north of the Columbia River, the border of Oregon and the town, Astoria.  There are a few towns along the Peninsula, a few miles from each other. It is SW of Seattle, with several available routes to take to get there.  It is known as a great place for kite flying, growing cranberries, and oysters. They have several festivals throughout the year. In 2000 I went in the fall during their Oyster Festival, which is a music festival with various offerings along the peninsula.  In Sept. 2012, before I made the decision to leave Seattle, I knew I needed a short vacation. So I found a great RV park in Sea View, south of Long Beach , made reservations and paid for a tenting spot. Unfortunately, the first night there it rained and my tent was filled with water, leading me to spend my first day there doing laundry. I then upgraded to a sweet small RV to spend the next few days.  I was arriving during their old car festival so watched several beautiful older cars driving past me on my trip there. while there, I went on long walks every day through town and along the wonderful trail. The paved trail goes from mostly one end of the peninsula to the other end, used by bicyclists and  walkers both.

Some of my other favorite day trips from Seattle were to Snoqualmie Falls east of Seattle on I-90, and longer trips to La Push, on the Olympic Peninsula. La Push is on the ocean and west of Forks. The Rain Forest is south of there and a wonderful place to hike.