Cabrillo Bridge and the Museum of Man, Balboa Park August 23, 2015

Last Sunday after attending a Kundilini Yoga community workshop, I headed over to Balboa Park.  I parked on the east side, behind the Fleet Science museum and walked west.  I’d never walked over the Cabrillo Bridge, so decided to do that.

I stopped to take a few pictures of the Museum of Man.   I’ve seen some pictures of its interior and it looks like a lovely place to see, but for quite awhile, one of their exhibits is about instruments of torture, and I don’t want to even walk in there with that in there.

The outside is very lovely though. 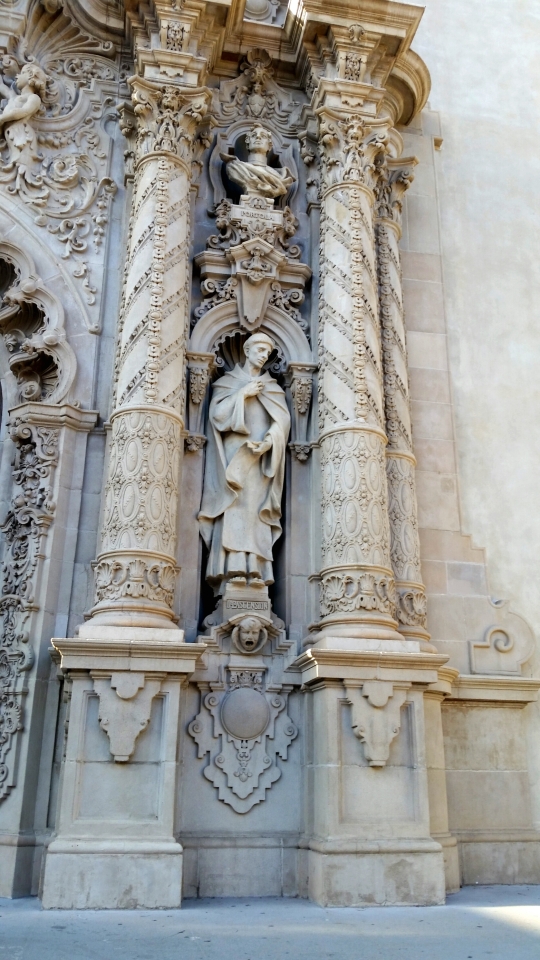 Then I walked past these lovely succulents in a flower bed near the museum.

Cabrillo Bridge was designed by Thomas B. Hunter, of San Francisco for the 1915 Panama-California Exposition. It was designed after bridges in Mexico and Spain.  It is built mostly of Redwood as its base.  The entire length of the bridge is 916 feet including approaches, with the main span of 450 feet.  It is 120 feet high. There are 7 arches each measuring 56 feet across.  It was started in Dec. 1912 and dedicated by Franklin D. Roosevelt in April 12, 1914.  It was the first multiple arched cantilever bridge built in CA.

It was built to span over Cabrillo Canyon. HWY 163 passes underneath it, which was completed in Feb. 1948.

Here is a  picture of the bridge from the top, looking east toward the Museum of Man.

When you cross the bridge to the west, there is park on both the north and south sides.  The north side has this lovely tree planter heralding the entrance to Balboa park.

On the south side of the bridge once you cross to the west is a dog park and walking trails.

Here is the lovely view of downtown San Diego and the freeway, looking south from the bridge.

Thanks for walking with me, hope you enjoyed the journey.  It was early evening and the park still had visitors but it had that quieter energy that happens there as the crowds dissipate.

Rock and Roll Finale Concert of the Summer at Balboa Park August 27, 2015

Last Thursday night I headed over to Balboa park, in San Diego, CA,  for the last concert of the summer Twilight in the Park series.  The Band was The Legends. They were great and fun, playing mostly 50’s and 60’s music.  There were a group of people dancing on the right side of the area and in front, and sprinkled throughout….people dancing in couples, groups, with their kids or just standing and swaying like me:)

The concert was held at the Spreckels Organ Pavillion.  There were people with picnics, children playing with hula hoops and dogs galore.

There were also some old cars on display.

The next day I was walking in the neighborhood and walked past this lovely pickup. 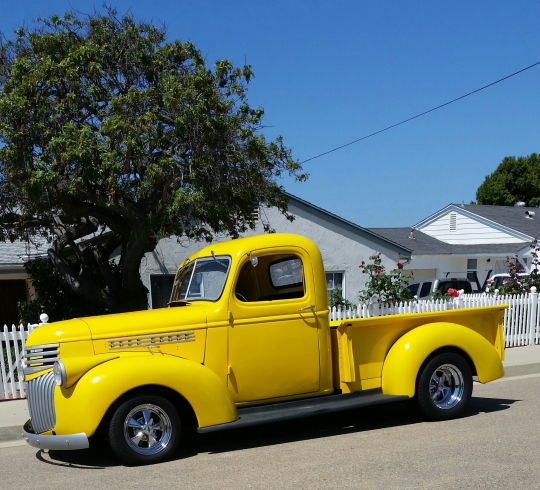 Another fun evening in Balboa park, obviously one of my favorite places to go to in San Diego.  Thanks for joining me.

Did you hear any concerts this summer?

The 4th was my birthday and I’d thought of going to check out this park that evening but had a headache most of the day. So I headed over on the 5th, just in time for the sunset.

This park is named after Kate Sessions, in 1957, to celebrate her 100th birthday.  She is famous in San Diego due to all the work she did with Balboa Park.  She is responsible for much of the plantings there and bringing plants in from other countries. She was a teacher, a botanist, a horticulturist, and a landscape architect.

The park has play structures, picnic tables, BBQ pits, parking, bathrooms, and beautiful views that include views of Mission Bay, the Coronado Bay Bridge and even the hills of Tijuana, MX.

The park is 79 acres, some is landscaped and manicured and there is a large amount of land that is left to natural habitat, with hiking trails.

Here is the map on how to get there:

Here are some pictures: 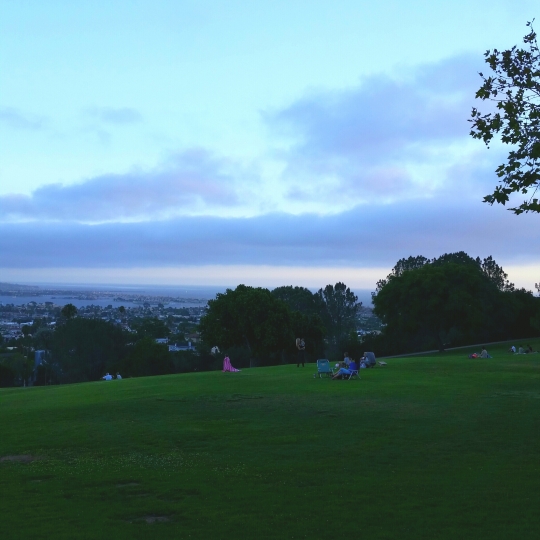 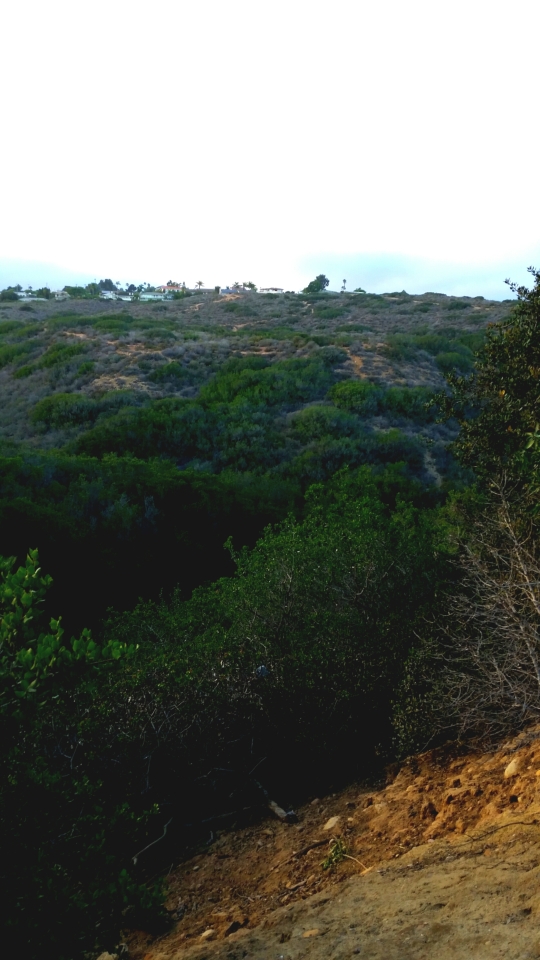 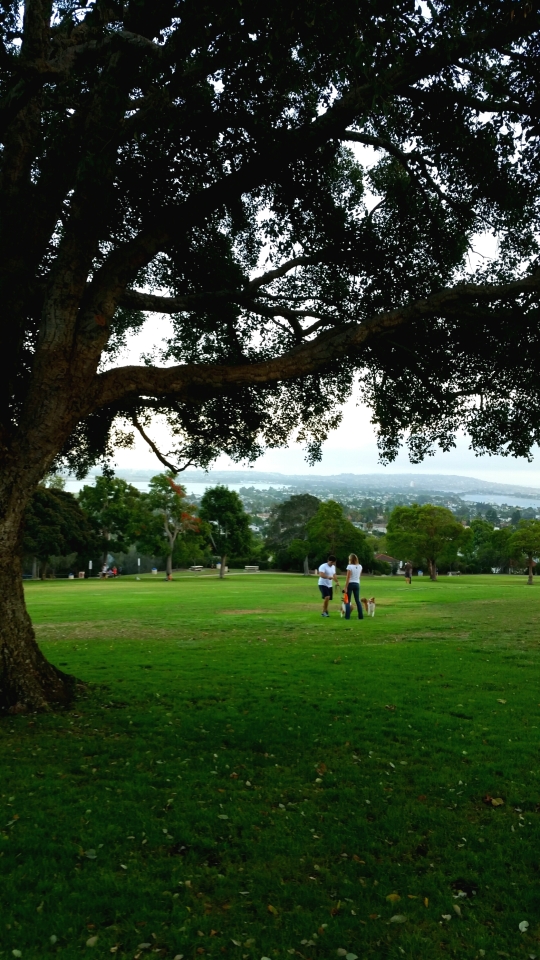 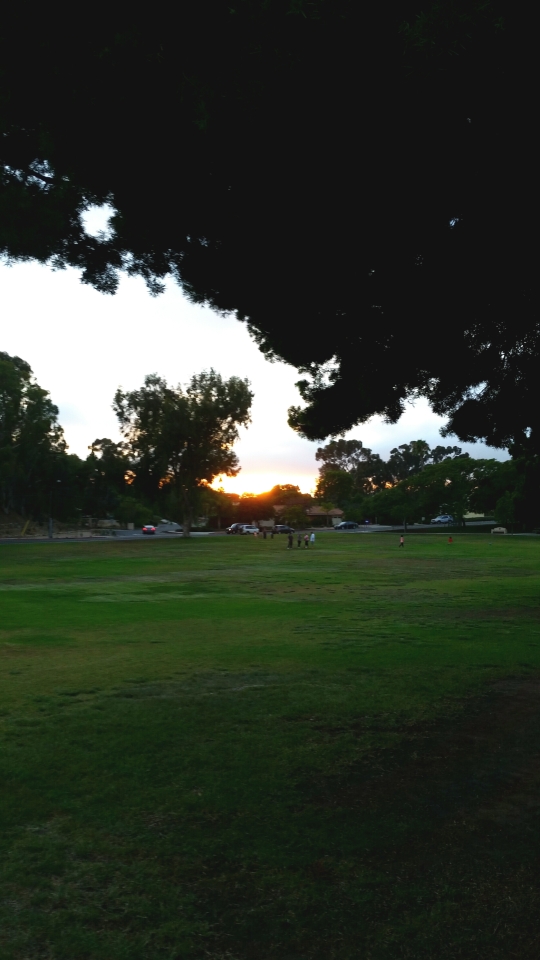 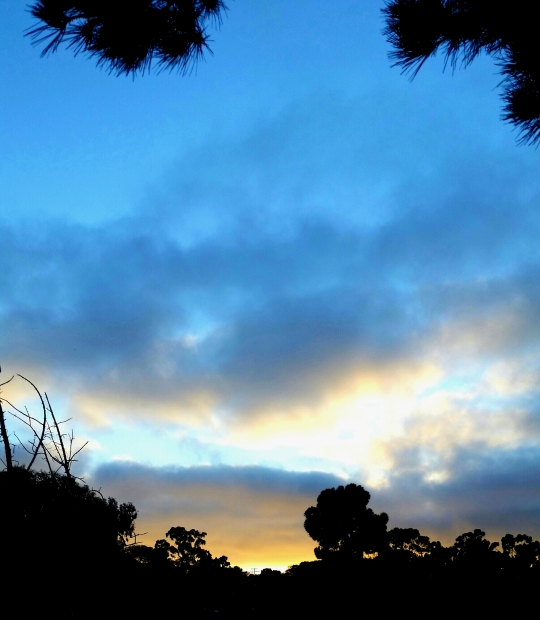 Hope you’ve enjoyed your time at Kate Sessions Memorial park.  Come check it out when you are in San Diego.