Last Sunday I decided to check out a few things in Balboa Park as well as walk on to the Greek Festival north of there, on Park Blvd.

I parked in the parking lot called the Federal lot, off of President’s way. I can usually find a place there, parking up close to the Flight Museum and then walking east to the International cottages. The parking lot was almost full but I caught someone pulling out.

i wanted to stop and check out the Philippine festival, the Lawn program put on by the House of the Philippines Island. There were quite a few booths set up along the way, looking like various businesses and opportunities for people, as well as some food booths to support the festival.  Within the gathering of International cottages, there were booths set up for information about the Philippines and selling artwork, some t-shirts and other objects.  I stayed to watch a few of the dance and music performances.  One of them included the use of long bamboo poles that were clicked together and a part and both young men and young women danced between and outside of the poles as they came together and a part.  In another performance, a conductor showed volunteers from the audience how to use a traditional instrument by holding the bottom tip with one finger, and holding higher up with two fingers, then shaking it. They were made in various sizes, out of bamboo. According to the size, they sounded various notes, and by pointing to each person in turn, a musical piece was played, as the person or people pointed at, shook their instrument.  Here are some photos of a replica of a traditional Philippine house, the gathering and booths, the north side of the International house group,  and two photos of the performances.  You can find information about the Sat. part of the festival on another blog that I follow: 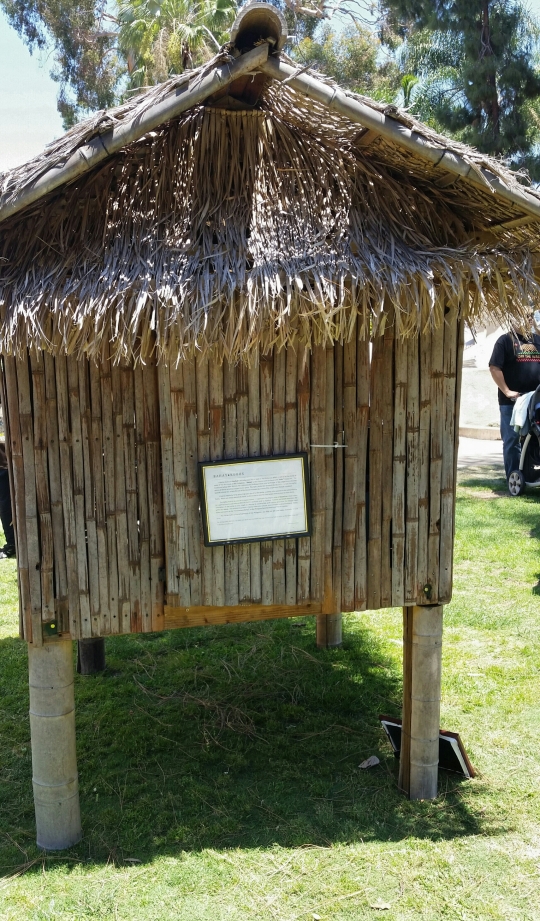 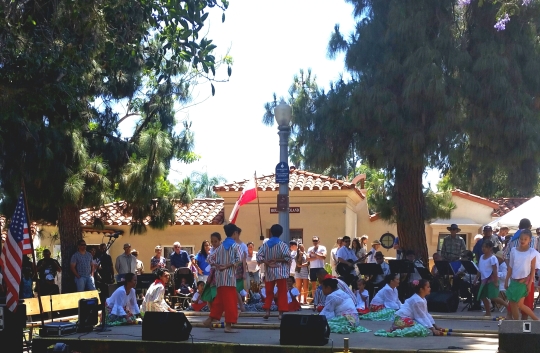 Then I walked east through the Plaza. There were lots of visitors to the park that day so the plaza, with its new colorful umbrellas and tables, was a busy sight.  I noticed this man playing the bagpipes. I had never particularly gravitated to bagpipe music but after attending the Scottish festival at the park, a few months ago, I’ve been drawn to this music.

As I walked east past the plaza, my attention was drawn to a large group gathered around two very entertaining and talented young African American men.  One of them played the Djembe drum and the other did acrobatics and hip hop dancing. They had quite the routine down and involved the audience in their routine. At one point they were setting up for the acrobat/dancing man to jump over 4 volunteers.  The build up to this was so long that I finally left before he did it, so I missed the big show.

I then walked east further, past and around the Railroad museum.  I had read a post about a new outside miniature train display using buildings printed by a 3D printer, based on what Balboa park looked like 100 years ago.  You can read that post here:

I was viewing it from the outside, so viewing it through bars, but still enjoyed it!!  Here are some photos of the new Centeninial Railway Garden. 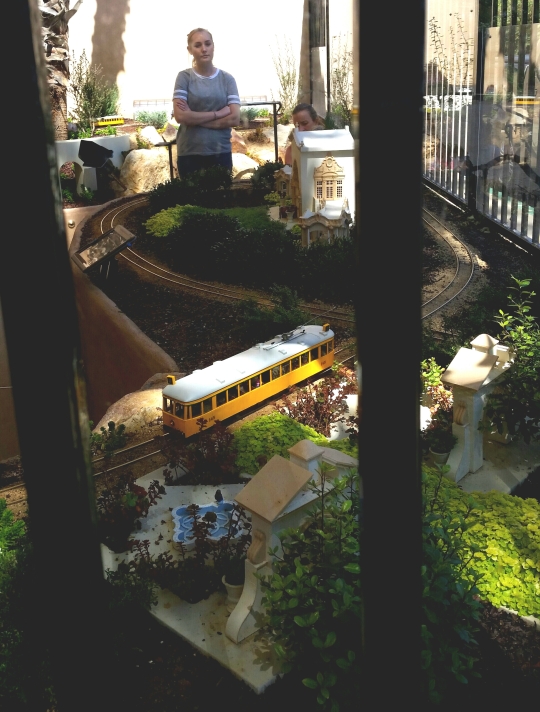 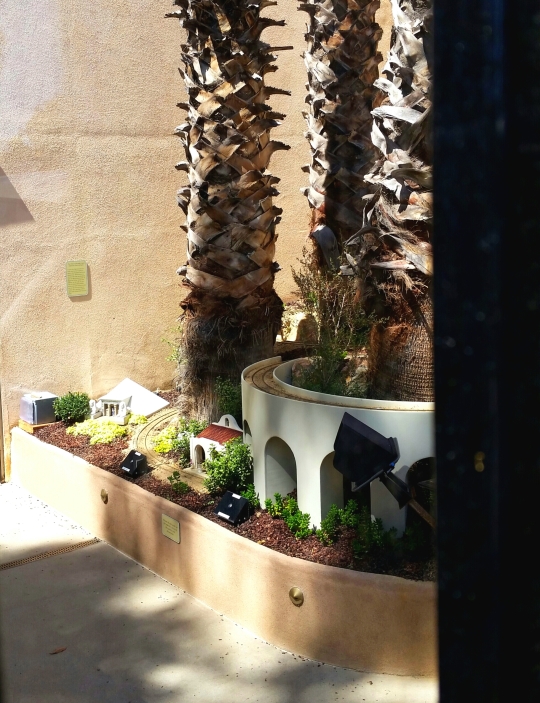 Then I walked back to the Casa del Prado to the floral show put on by the San Diego Cactus and Succulent Society.  I noticed several plants that looked like Bonsai plants to me. Here are some photos of some of my favorites.

I passed by many booths set up to sell various cactus and succulent plants and passed many people carting off their new treasures.

I walked north to the Spanish Village to check out the new exhibit at Gallery 21, by the San Diego Museum of Art’s Artist Guild. There were paintings done in oil, watercolor and acrylic; printmaking, sculptures, collages and more.

Then I continued on north, passing the entrance to the San Diego Zoo.

And finally, I  arrived at the Greek Festival at the St. Spyridon Greek Orthodox Church.  There was music, dancing, inside dining, outside dining, a beer garden, a wine garden, fun activities for the kids, a church tour, and many booths selling Greek pastries and coffee, jewelry, art, books, clothes, and other food and items.  I had hoped to tour the church but it wasn’t scheduled for another hour, so I left without that. I did take the time to wait in line to get very yummy Spanakopita and Dolmathes. I found a shady little quiet corner and sat on the concrete.  I was so eager to eat the food that I forgot to stop and take a that a photo of it 🙂 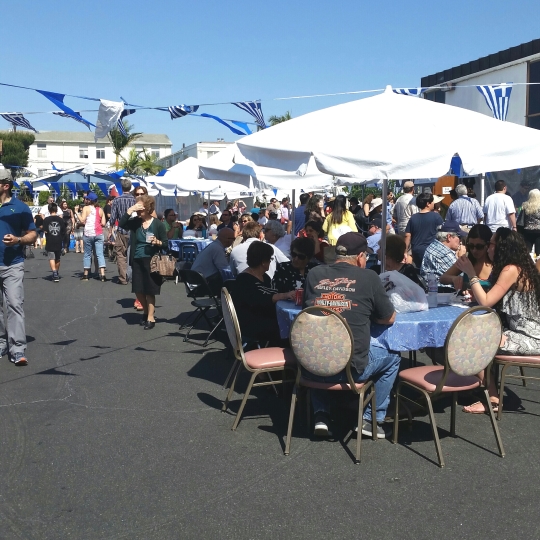 Then I walked back to Balboa Park and to my car, my body feeling the efforts of the walk, but grateful for the exercise and all that I enjoyed along the way.  Hope you enjoyed the walk as well!!!! Thanks for coming along with me.